A visit to the legendary sweet meat shop Gundappa Hotel, now renamed Sri Rama Vilas was like walking into a shop/hotel set in the 40s! Wooden furniture with a nostalgic feel, a huge grandfather clock, rustic but well maintained window frames, old timers in traditional clothes (panche) and most importantly delicious looking traditional sweets waiting to be devoured!

The Gundappa hotel is one of those legendary eateries that refuse to compromise on quality, and would rather stay small. According to my father who grew up savouring these delicacies - snacks taste the same as they did 50 years ago. 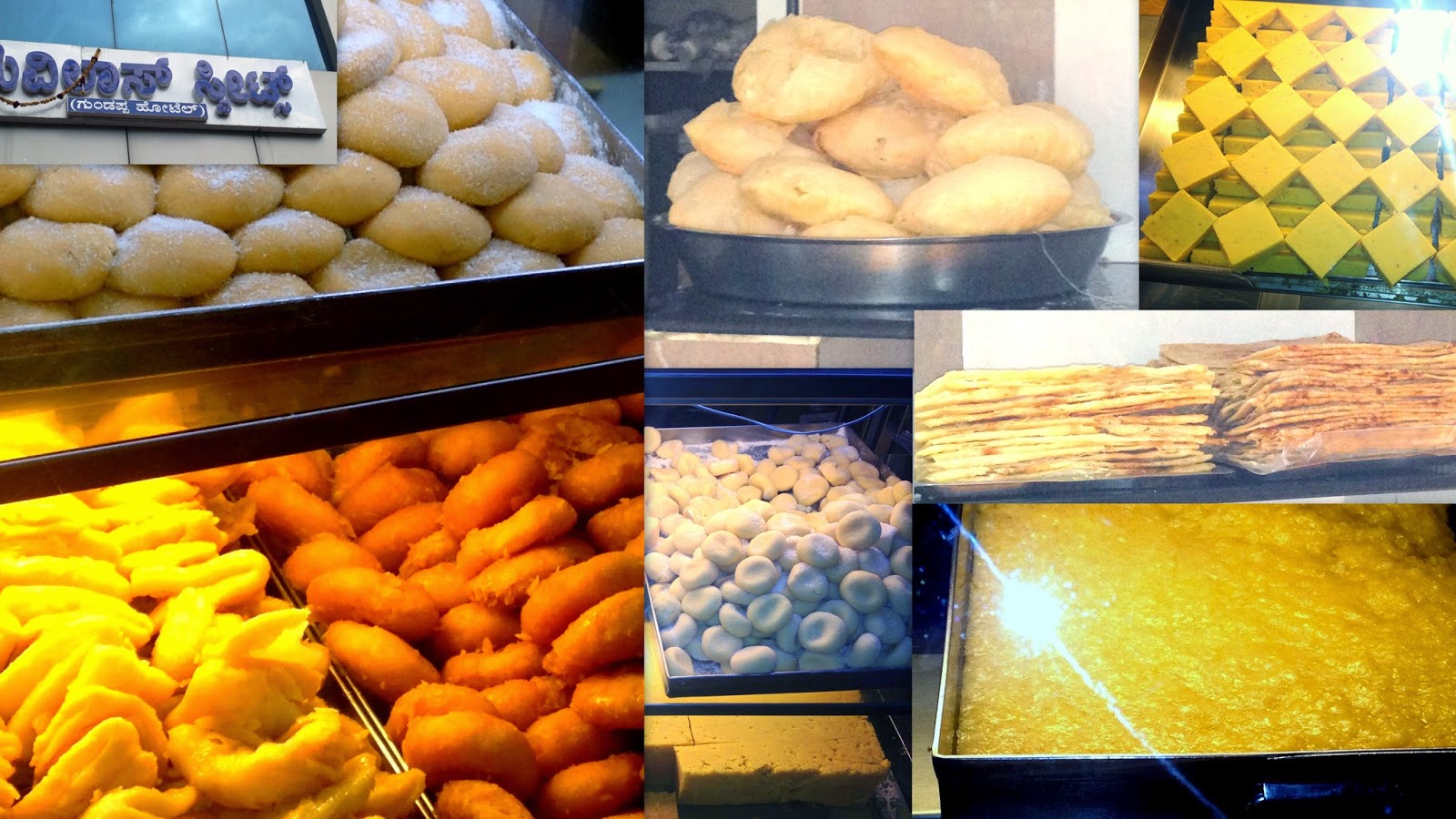 The combination of heavenly Kashi Halwa (pumpkin halwa) served with hot & savoury chow chow (mixture) is a favourite amongst the regulars-this topped with badam milk. Carrot halwa, badam halwa, dumroot, jalebis & jahangiris are other hot favourites. Their super famous Mysore pak is still made the traditional way, unlike the smooth and ultra soft ones available outside. Here, the Mysore Pak is drenched in ghee and remains soft but the texture is coarse with pores like a brick. And the taste! What can I say...simply melts in the mouth! The traditional pheni and chiroti, which I bought back home were ultra light, crisp and wafery! All this and more is normally exhausted by 2pm.

Sri Rama Vilas Sweets on OTC Road, in Nagrathpet, was originally established in 1933  near the maternity home in Balepet by Gundappa, with financial assistance by Rama Rao. After 17 years, in 1950, he shifted the hotel to OTC Road where it stands today, named after the late benefactor. Gundappa's sons run Sri Rama Vilas Sweets today and are doing an excellent job at retaining the flavor and fame of the eatery.

Those of you who relish authentic South Indian (Kannadiga style) traditional sweets, do stop by to satiate your sweet tooth.

Sangeeta Ananth
Namma Bengaluru, India
Hello, thank you for visiting Thindi Theerta. Thindi Theerta means food/snacks and holy water in my mother tongue Kannada (a south Indian language). I love cooking, eating and feeding. So Thindi Theerta is where you will find me cooking up a storm: hand-me-down inspired recipes, some borrowed and some new - or sometimes just basic everyday food. The never ending process of discovering new places will feature as travelogues, while I archive my experiments in the kitchen as recipes. I love eating out and indulge in treating myself to a good meal pretty often. These eating out experiences will feature as reviews. I believe that the first opinion is the last when it comes to restaurants. Everyone may not agree or like my opinion, but then, that is the power of the pen...or perhaps the keyboard (in this case).